I know little about football (that is, the non-American meaning of the word) but I live in Manchester. Having moved here just 3.5 years ago means 3 things:

- I cannot call myself a Mancunian

- Nevertheless, if you live here you have to be either Blue (a Manchester City fan) or a Red (a Manchester United fan). I am a Red.

- I have ca. 10 years of managerial and leadership experience for every year of football enthusiasm

So while I can say little about how to best play football, I have some background to comment on leadership and management.

Elite team sport is a business on steroids. There is little doubt it is big business (in fact, a multi-billion dollar business); all the top clubs are owned by interest groups (shareholders, or the equivalent thereof); it is the epitome of a competitive marketplace; and there are clients (the fans). One of the main differences is that if any business is scrutinised and a quarterly or annual basis, competitive team sport is scrutinised on a weekly (many times twice-weekly) basis - game scores.

And this brings us to the most dramatic similarity between team sport and any other business - the importance of the manager, the person who is responsible, day in, day out to the results of the club.

Manchester United’s (Man-U) last manager was Jose Mourinho. The lauded Portuguese arrived in the club in 2016, with a history as one of the most successful football managers of all times. As I have already stated, my understanding of football is somewhat limited but very soon even I could see that this would end up badly and indeed, after a fairly success full first season (2016-2017), everything went pear-shape at the start of his first full second season. Man U won just 7 of the first 17 games in the beginning of the 2018-2019 season. The ones they did win, or draw, even against bottom and middle of the league teams, were by the skin of their teeth, not to mention boring to death. Star players, bought for record amounts did not find their place in the team, and hardly played nor scored in Mourinho’s last 6 months as manager.

It didn’t take too long for the club to sack him.

His successor, Ole Gunnar Solskjær, couldn’t be more different, and results were quick to show - since Solskjaer replaced Mourinho on 17 December 2018, Man-U won all their games (6 in a row ), and the team is playing, well, like a team.

The same “employees” (players), the same “product” (football), the same “market” (league), the same competitors. Only a different manager and the results are dramatically better.

Here are the lessons from football to the business world (and nothing about football style or tactics):

1. Leadership - Supporting your staff counts: During the game, if you got to see any emotion on Mourinho’s face, it was between frustration and disgust. So much so that one of the TV pundits, an ex-footballer said that had he saw such a reaction from his manager during a game it would have demotivated him so much that any meaningful play would have been unthinkable. After the game, while Mourinho was usually quick to get off the pitch, Solskjær makes it his business to walk onto the grass, congratulate each player (his and the competition’s) and thank the crowd. Not only that - Mourinho was infamous in the way he used to criticise his own players publicly on the media. Solskjær always congratulates and encourages them publicly. No one knows what he says in private but as the results show it seems to do the trick.

2. Team play - There is no “I” in Team: Mourinho has spent ca. €400 million on players, buying mainly stars, but got very little to show for it because he did not nurture a team spirit, and you can’t play a team sport without a team. Things got so bad that his most expensive player, Paul Pogba, bought in 2016 for €105 million, had hardly played in the last matches under Mourinho, and was rumoured to have asked to be transferred to another team in the January 2019 transfer window. This while being a star in his national team’s win of the the World Football Cup in summer 2018.

3. Empowerment- micromanagement kills enthusiasm: Mourinho is famous for saying that “Poets do not win trophies”. He said that in response to criticism that the football played by Man-U was outdated and boring. His management style was strict and his players were demanded to follow his instructions to the letter. Solskjær says he wants his players to enjoy playing and be creative.

4. Culture - cutting across the grain of the organisation’s DNA is destructive: Man-U is famous for its “Attack! Attack! Attack!” battle-cry, forged under its legendary previous managers, sir Matt Busby and sir Alex Ferguson. Mourinho’s style is known to be defensive. Neither the players nor the fans liked it.

5. Nurture talent – your talents are under your nose: Man-U’s previous attempts to recruit star trainers from the outside failed miserably. Solskjær, unlike his 3 predecessors, had been a Man-U player and its youth-team manager before returning to his Norway, his home-country, to train a local team. Furthermore, while Mourinho kept buying outside talents while having great talents that started in Man-U’s under-18 team, Solskjær prefers to rely on home-grown talents. Not only it cashes on the club investment in them but it also inspire others to make an effort.

The lessons above are priceless to managers in every level, regardless of the type of organization they work for. To succeed:

- Promote rather than recruit

And it helps to smile... 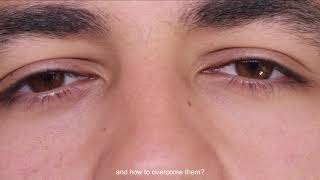 The next level of the HR evolution

Organizational Coaching: a practical way to develop happiness inside the organization

Adaptability - the blessing and the curse

From Manager, to Leader, to Organizational Coach